As the warmth of Spring finally arrives Cambridge rockers Shyer release the ideal track for a relaxing evening of music; a punchy but laid-back three minutes which in their words is ‘..about seeing through the facade to what’s really there. Even when it’s not pretty….’. The recording is accompanied by a performance video on YouTube and some striking cover artwork! (see below).

Starting with an inviting guitar chord sequence the voice kicks in with some of the lyrical ambiguity that vocalist Amanda George is so adept at delivering, tempered by infectious ‘…uh-oh’s…’. The song reaches an irresistible chorus, where the barbs of ‘…I may be a liar, I’m inclined to forget, but tell me does this bruise your confidence…?’ float over an onslaught of perfectly tempered guitar fuzz, fighting against the dynamics of the bass and drums.

As in all the best songs the middle-eight takes the song in a different direction rhythmically and musically and on this occasion does not lead back into the chorus or any thematic resolution, instead leaving the emotional conclusion of the repeated ‘…I never asked for this…’ ominously hanging in the air.

I recently saw Shyer as first act on stage in a triple header of Cambridge favourites at popular rocking venue The Cornerhouse (with The Scissors and Bouquet Of Dead Crows) and was treated to a blistering set which showcased this fine song. 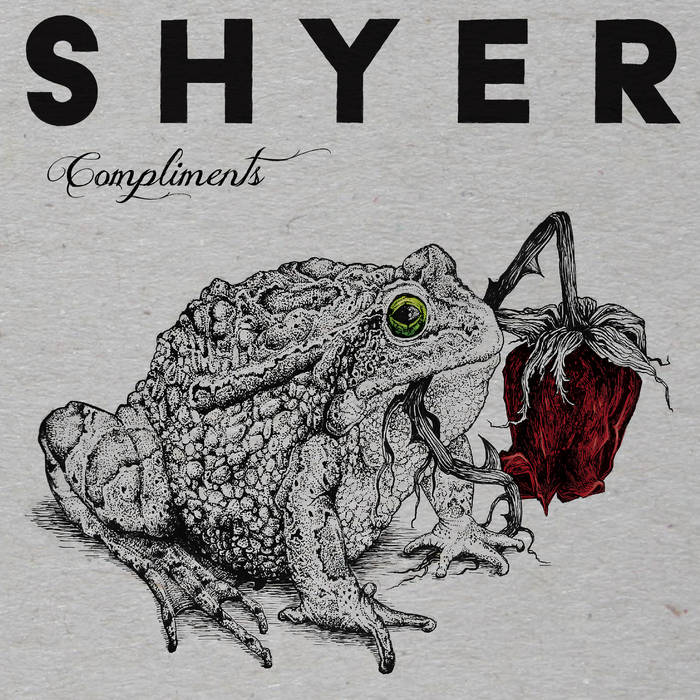