A loud triple bill at the Blue Moon was opened by The Menstrual Cramps from Bristol. In current music there is a dearth of proper protest songs; many songwriters personalise their issues of workplace frustration or environmental platitudes and ignore any actual politics but this band confront it all head on. Their coruscating lyrics rip through the noisiest of noisepunk, the five-piece producing a blistering wall of sound to frame early highlights ‘Frack Off’ and ‘Tinder Girl’.
The singalong chorus of ‘Cull The Tories’ (…save the badgers!….) gets the audience going but perhaps the best moments are ‘Boycott The Lot’ with its multi messages per second and the ascending riff of ‘Idols’, a searing summary roll call of fallen reputations ‘…don’t idolise your idols, otherwise you compromise…..’. Follow that!

Last seen at the Cambridge Indie all-dayer, Dream Nails from London are preparing their new album for later this year and much of the set featured tracks from it. The four-piece have an infectious confidence in their performance, drawing energy from the now fully arrived sold-out audience to fuel their songs.
The classic punk stop-start anger of ‘Tourist’, the adoration and fun of ‘Jillian’ (….some say you’re not a qualified personal trainer….but I don’t care I’m not a complainer…whatever we do will be worth the pain yeah….’) and the one minute barrage of signature song ‘Deep Heat’ all slot seamlessly into the show. Brilliant!

The idea of this mini tour was having a revolving headliner in each hometown so Cambridge favourites The Baby Seals took to the stage as the final act. Opening with the stealthy bass-driven power of ‘It’s Not About The Money Honey’ (‘…we just want the same…’) the band’s heady lyrical mixture of relationships, sex, body image and modern attitudes is firmly embedded in dense, spiky bass and guitar and drumming that fills every corner of the track.
The trio’s upfront messages are delivered with plenty of instrumental fire tempered by harmonies, but the humour always underpins the serious messages, especially in ‘Period Drama’ and new song ‘ID’ed @ Aldi’, a ritual you have to go through despite making obvious adult purchases.
‘Chaos’ was the big finale track; an epic onslaught of stately sound, bringing this excellent show to an end. 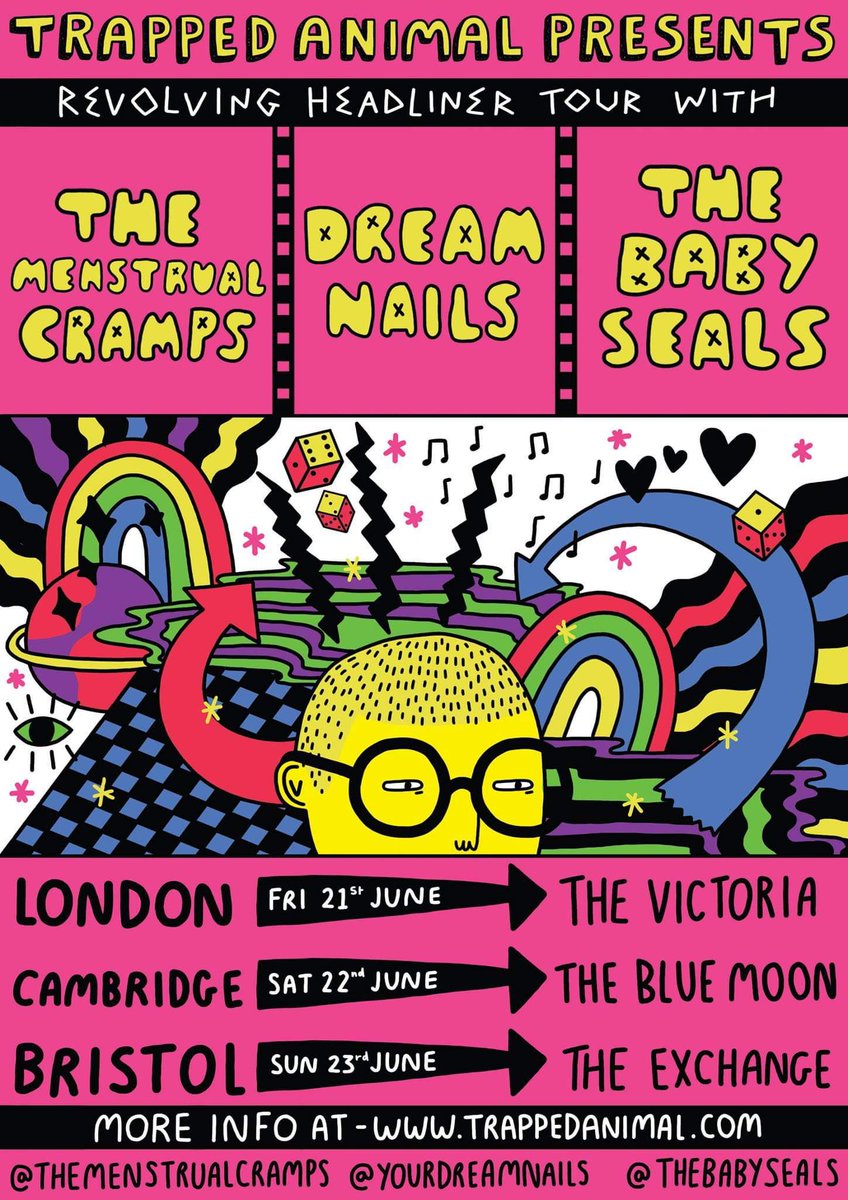