A compilation from the ever-questing independent Manchester record label to celebrate their 200th release, with proceeds going to the Coffee4Craig homelessness charity…

1. The Get – When The Oil Runs Out Veteran minimalist punksters sum up this burning issue (‘….will we get KFC?…will my solar panels power me?….’) They are a great live band too.

2. JD Meatyard – Ubu@Erics I saw him supporting Half Man Half Biscuit and he seems to have picked up on their surrealistic lyrics but added something of his own intensity. I saw (Pere)Ubu@Junction in Cambridge but it doesn’t scan quite so well.

3. The Screaming Love Collective – Come On A pleasant groove, a bit reminiscent of T.Rex ‘Get It On’ but that is no bad thing. All over too quickly.

5. Issac Navaro – Swam Oceans To Drown In Concrete Ambient delights for 11 minutes. Good to hear the acoustic piano over the top of the electronics.

6. Moff Skellington – The Clegg Twins As well as drawing the artwork for this album(see below) Moff Skellington contributes characteristic fantastical prose over an uncomfortable backing. Unfortunately I couldn’t get the picture of two Nick Cleggs out of my mind but perhaps that was the strength of the track.

7. The Junta – MCR Bassy electronic instrumental, it needs to be loud.

8. Space Museum – Esoteric Another instrumental, drift off into the cosmos with this one.

9. House Mouse and Space Museum – Bigger Than The Beatles The title tells how it could have been; with spoken word over electronic backing, it is like a history of pop music from the last 40 years (‘…with more hits than Simply Red…make Bob Dylan eat his words…’)

10. Toska Wilde – The Death And Life Of A Dreamgirl Minimalist and graphic tale of woe, reminds me a bit of the late lamented Kevin Coyne, high praise indeed.

11. Keltrix – Alibi (Acoustic Version) A bit of timeless folk-rock from Cambridge stalwarts Keltrix, good to hear the violin and the colour-filled vocal.

14. The Electric Cheese – 20 Years of Hate Probably the best band name on the album, sounding a bit like the Wave Pictures in their noisier moments, great as-live sound with reassuring up-front guitar.

15. Bouquet of Dead Crows – Without You (Scotch Bonnet Remix) Scarily different remix of one of my favourite Cambridge band’s best tracks, it has gone reggae instead of rocking out, but don’t be fooled.

16. PrunX – Devils Cookbook PrunX are from Berlin, describing themselves as ‘triple p rock, psychedelic – progressive – political’ It carves its way nicely through two of those three genres I think.

17. Dominic Carlton Jones – Cat’s Front Door A sort of acoustical Oasis anthem, DCJ sounds like he has really lived it – hold up the lighters and celebrate the end of a great compilation! 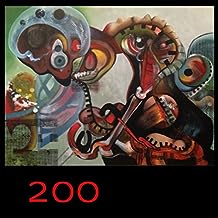