A return to a sold-out Corn Exchange for the The Specials, as part of an extensive tour to celebrate 40 years of the band.

Accompanying them on all the dates are The Tuts, an excellent indie-pop power trio from Middlesex. Opening with the sublime ‘Let Go Of The Past’ they immediately blast the audience into submission, the guitar and bass intricacies building towards the life-affirming chorus. ‘Tut Tut Tut’ is their self-narrative band manifesto with the purest of hooklines. ‘Dump Your Boyfriend’ is a deceptively uplifting pop single but with a darker message ‘…he took my liberty away…he clipped my wings so I stay…. I’ll leave it off for another day…’. Main singer and guitarist Nadia trades vocal lines with bassist Harriet while drummer Beverley lays down the foundation for these many-sectioned songs. ‘1982’ is a blast, then a Clash cover and final song ‘Back Up’ descends into tuneful anarchy. Earlier in the set Nadia describes how they have got this far with no label, management etc resulting in the highly-regarded album ‘Update Your Brain’ and these blistering and fun live shows.

Last seen in Cambridge in 2016, The Specials opened their set with the apocalyptic ‘Man at C & A’ then it was the double glory of ‘Rat Race’ and ‘Do Nothing’ that set the crowd alight. In front of a backdrop of placards and protest slogans the three original band members are all focal points; Lynval Golding’s rhythm guitar and trademark vocal interjections, Horace Gentleman running around the stage and playing possibly the loudest and most spot-on bass I have heard in the Corn Exchange for years and, as ever, Terry Hall’s vocals and presence are the core of the band. Newer songs like ‘Vote For Me’ slot in effortlessly and the re-birth of ‘The Lunatics’ is a welcome and topical addition.

As well as DJ-ing between sets, special guest Saffiyah Khan delivers her powerful ’10 Commandments’ to a heavy-echoing and unpredictable backing. Wow. There are no low points in the set, all the old songs sound as fresh as could be, especially the tense and taut ‘Blank Expression’ and the bleak humour of ‘Friday Night, Saturday Morning’ and ‘Nite Klub’ (about to be re-recorded by The Tuts?).
They ended with ‘Gangsters’ and ‘Too Much Too Young’ before a reggae instrumental encore then finally the thoughtful closer of ‘You’re Wondering Now’. Maybe we missed ‘Ghost Town’ a bit but instead there were so many new and old gems in this show by a band who seems to have the momentum and energy to keep them going forever…. 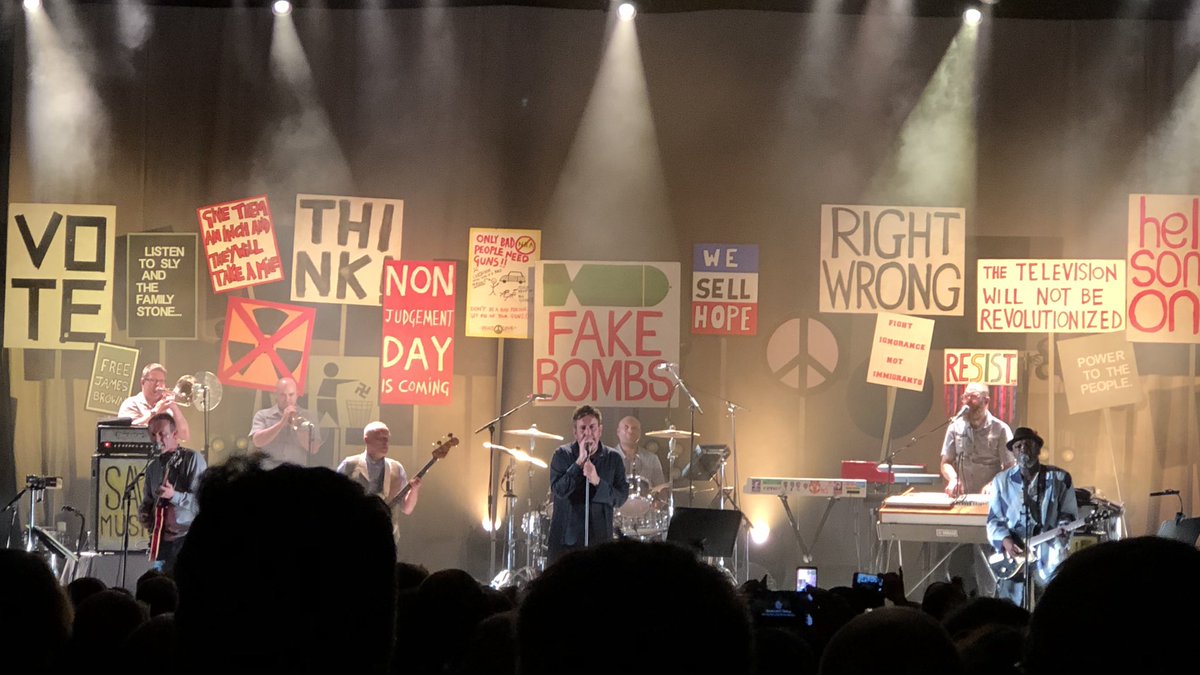