Billy Bragg returned to Cambridge Junction J1 for three sold-out and different shows; featuring his current set, only songs from his first three albums and for tonight songs from the next three: Workers Playtime (1988), Don’t Try This at Home (1991) and William Bloke (1996).

Opening with his most well-known track ‘Sexuality’ the long set (with no support) was punctuated with musings, reminiscences, and of course specific political campaigning given the proximity of the general election. The three featured LPs contain plenty of ballads of break-up, make-up, disappointment and contentment but always laced with dry wit and a smart turn of phrase.

Although this was the umpteenth time I have seen him live there had not been enough room in his sets for many of these songs – so definitely a treat to hear the wordplay of ‘The Short Answer’ (‘…between Marx and marzipan in the dictionary there was Mary….’), the resignation of ‘She’s Got A New Spell’ (‘….she’s gone to get the cat in The next thing I know she’s mumbling in Latin….’) and the gentle melody and sentiment of ‘Brickbat’ (‘…I steal a kiss from you in the supermarket I walk you down the aisle, you fill my basket…’).

‘Valentine’s Day’ and ‘The Space Race’ are both ‘over’ in two of his most affecting and thoughtful songs. The politico-folk of ‘Thatcherites’ and an unaccompanied ‘Tender Comrade’ make their message clear and you cannot fail to be uplifted by his performance of ‘There is Power in a Union’ and the topically adapted ‘Waiting For The Great Leap Forwards’.

After two emotionally-involving hours there was a real surprise bonus – the ultimate UK road-movie soundtrack and one of my favourites ‘A13, Trunk Road to the Sea’ was the final song… 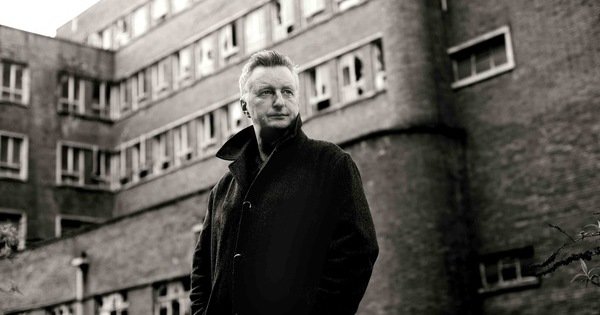