After Yesterday we now have another music themed ‘feel-good hit of the summer’, this time it is Blinded By The Light featuring songs by Bruce Springsteen. On paper it seems an inviting but improbable prospect, a teenager uses the music as a channel of escape from family pressures in an industrially depressed Luton in the late 1980s, but in the hands of director Gurinder Chadha, co-writer Sarfraz Manzoor (based on his memoir) and brought to vivid life by newcomer Viveik Kalra it is an excellent summer watch.

Luton is not the most picturesque of towns except the rolling-ish hills (overlooking the A505?) that bookend the film, but the period detail is immaculate – chopper bike, a first ‘mobile’ phone, battered cassettes, and of course the British-made car models that time forgot. This creates a cosy glow of memory, but it is unflinchingly interwoven with some of the harsh realities – redundancy, unemployment and ingrained racism. The National Front march looks like an echo of current news but the more personal attacks and abuse were viscerally straight to the point (a fellow cinema-goer was audibly shocked).

Life in the sixth form college looked pretty good though, with its own radio station (playing A-ha and Debbie Gibson!), an array of musical ‘tribes’ in the canteen and the caring/inspiring English teacher (played by Hayley Atwell).

I don’t think Bruce would have been prominent on most sixth-formers radar at that time but when he appears on the ubiquitous Walkman worn by our hero Javed and the words swirl around in the gale (as seen on the TV being mis-forecast by Michael Fish!) the connection is made. ‘Dancing In the Dark’ may be an unlikely lyric to trigger this; I had previously considered it to be a lightweight pop single in the Boss’s canon but maybe I have misjudged it..!

The film continues to engross and engage with some sharply written cameos, thoughtful moments, relationship twists and turns and the music a touchstone to all the action. The unexpected ‘Born To Run’ semi-fantasy production number is a brilliant highlight, showing that from the moment you hear that introduction what a 100% rock classic this song is.

I saw Springsteen on a stadium tour; there is no doubt he is a brilliant live performer, with mastery of the crowd and the majesty of the E-Street band driving the extra long set to new heights, but it doesn’t have a huge resonance in my memory compared with some shows I have attended – so maybe a personal re-appraisal of his themes and lyrics is overdue? But there is no doubt that by weaving the music into the perception of a troubled and ambitious Luton teenager the director and actors have created a very special movie treat. 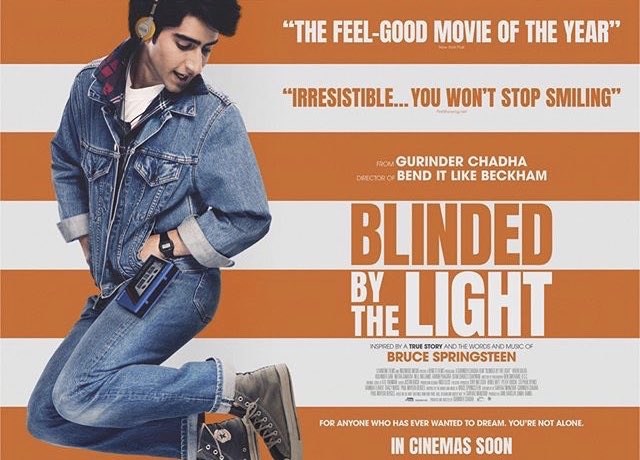