Opener ‘On And On’ is a disco stomper, spiked with punky edges and although filled with synth swathes it still sounds organic and played live by the band. ‘Breakdown’ has the desperate vocal and staccato rhythms of an early 80s misfit chart song. ‘Shake and Bake’ is enhanced by a sliding keyboard figure, a shouting title line chorus and a psychedelic ‘theremin’ sound somewhere in the mix.

The concise ‘Blue Fire’ has stealthy superdeep bass and sinister overtones and lodges firmly in the brain. Some albums may be running out of steam by this point but ‘When The Lights Go Out’ keeps the energy level up with a banging chorus and rock and roll piano to push the rhythm along then the track evolves into an instrumental electronic spectacular near the end.

I am usually drawn to calendar list songs (…Friday I’m In Love…Manic Monday….) so ‘Sunday Monday’ is immediately interesting with its work-life balance over some great drumming, duelling guitar and a constantly varying backing.

Definitely a band to catch live when the time comes – the ten tracks on this LP would form a rich and juicy setlist…. 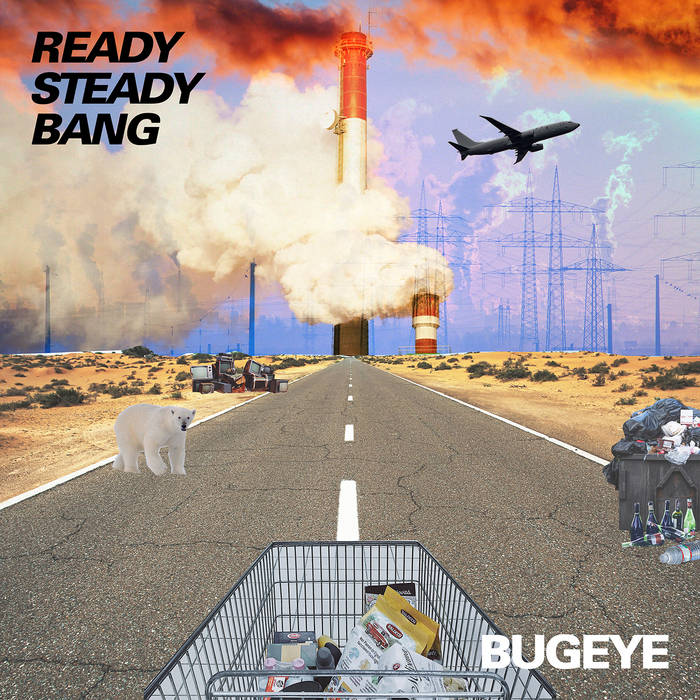