Opening the evening at this much-anticipated show were Cambridge’s Culture CT, a no-compromise post-punk quartet. With an instrumental line-up that had the clout of unrelenting drums and the guitar/bass combination somehow sounding like two basses they set up extended grinding Fall-style grooves as a platform for caustic vocals.
The band were on good form but I’m not sure if the audience were quite on the same wavelength tonight, as the reception given to pounding industrial rockers like ‘The Bludgeon’ seemed a bit polite!

Crossing many genres and with much media interest leading to an early sellout for this show Black Country, New Road were destined to make a big impact on a quiet Sunday evening in Cambridge.

The seven-piece band are in their own world and we were soon drawn into it with unpredictable instrumental passages, modern jazz excursions with violin, keys and saxophone alongside the conventional rock band line-up. The bass was blowing the walls down and the fireworks drumming is a performance in itself. Add to all this the strange dissonant vocals that appear on tracks like ‘Athen’s France’ and signature tune ‘Sunglasses’ with its alienation lyric resolving into ‘…I’m modern Scott Walker…I’m a surprisingly smooth talker and I am invincible in these sunglasses…’. The track builds into a two chord industrial pounding that is exhausting in its intensity.

With the declaiming vocals, abstract lyrics and some of the angular music on show comparisons may be made to the ‘Remain In Light’ era Talking Heads but BC,NR doesn’t even copy themselves over their tight forty-five minute set. Like a bar band in an 80s movie of a dystopian sci-fi society this ensemble seem to be simultaneously futuristic and rooted in current sounds. Amazing! 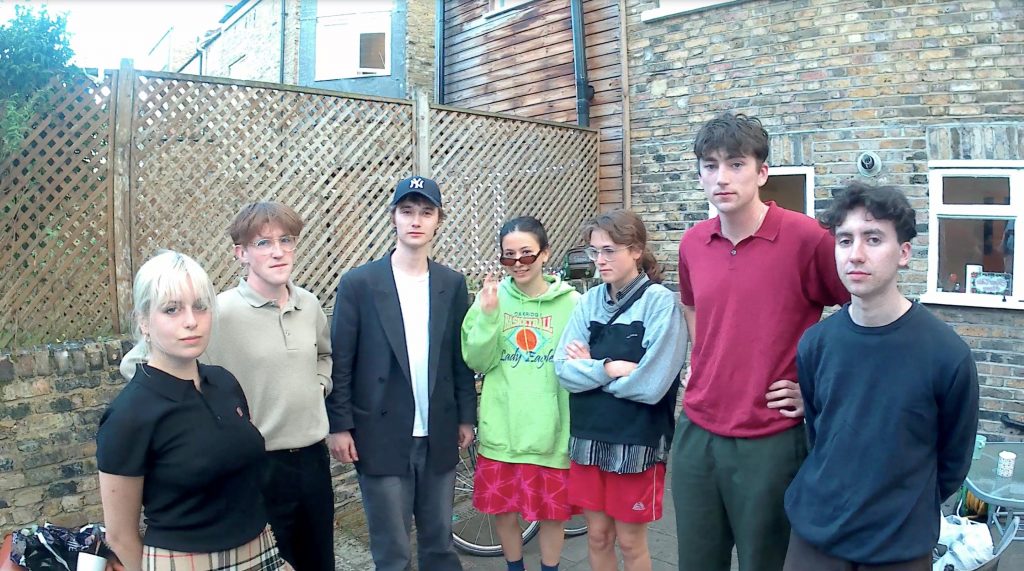