The premise of this film is now well known; struggling musician wakes up in a world in which nobody knows of The Beatles so he seizes the opportunity to pass off the classic songs as his own. The concept is then weaved skilfully into romantic comedy, family and buddy movie, satire on the music business, East Anglian travelogue, a cameo from Michael Kiwanuka and generous helpings of Ed Sheeran. In the hands of writer Richard Curtis and director Danny Boyle this all works as it should but of course some of the prominent reviews are predictable and fairly lukewarm.

I have limited interest in the much more favourably reviewed recent megahit music biopics (I would rather watch a proper documentary!) but I believe this film delves into something deeper – through the vehicle of well-known Beatles music there is a less frequently told tale of the huge creative and emotional investment that so many artists have in their writing and performing which is probably never going to lead to ‘bigger things’ – the antithesis of reality TV easy fame.
Lead character Jack has stumbled on a goldmine but still wants his ‘Summer Song’ to feature on the album, as he is so connected to his own compositions.
Few around him share his enthusiasm, except some well-meaning friends and sweet-natured but steely superfan Ellie. Unfortunately this is so true – many original musicians continue to play and record while the world around them only seems interested in the well established acts or variations that are openly commercial.

I didn’t grow up with the Beatles as a soundtrack, they have always been in the background with some songs far too overplayed (heresy warning – especially ‘Hey Jude’ and ‘Let It Be’). In recent years I have heard some of their album tracks for the first time and realised the depth and richness of the back catalogue.
The song selection here is not huge but there are many gems; ‘Back In The USSR’ helps develop the plot, the sublime ‘In My Life’ probably surpasses ‘Yesterday’ as a show-stopping ballad and best of all the triumphant ‘Help’, a punk-scarred full-band blast in front of a huge crowd of extras on Gorleston beach. (I wish I had been there….and are there other outtakes from this mini-show?)

With some fun plot twists and star performances from Himesh Patel and Lily James this is a heartwarming entertainment with plenty of interest for the music enthusiast. I highly recommend it.
To paraphrase Noël Coward; “Strange how potent Beatles music is.” 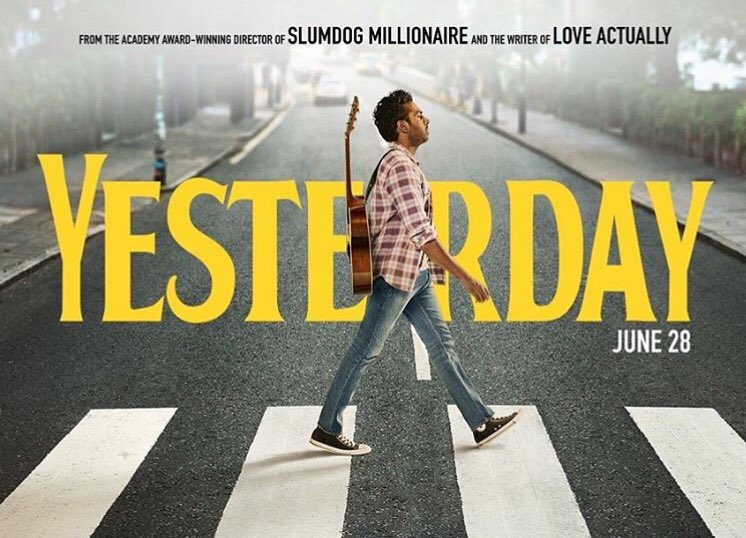