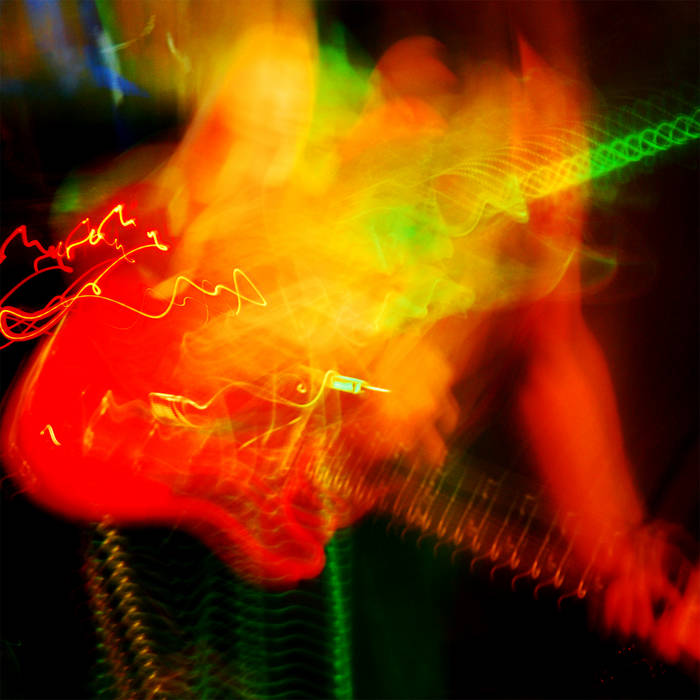 A free psychedelic rock spectacular to celebrate the release of the new album from Cambridge trio Moonstrips. Supporting band BansheeVa were noisy and relentlessly hypnotic, pulsing bass lines and power drumming with biting guitar and occasional vocals. Very appropriate to see the backdrop bubble projections and always good to hear a lengthy cover of ‘Interstellar Overdrive’, the definitive Pink Floyd consciousness-expanding opus. Heavy and spaced out.

Moonstrips had a sharp and addictive EP out earlier this year and they opened with two of the tracks; ‘How Do You Do?’ an insistent rocky riff with distant vocals dissolving into a noisy workout of echo and effects, a short-form song that crams a lot in. ‘543’ is a slice of pop reminiscent of 60s Who-ness with good hook phrases and a neat descending line driving through the whole piece. Heavier guitar eventually arrives on top for the finale.

I really enjoyed the newer tracks from the album ‘Glimpses’; the band are not afraid to allow time for the songs to develop, establishing mood and style with a variety of guitar effects at the fore. The twelve minute ‘Silver Screens’ closed the show; a psychedelic manifesto of epic proportion.