Straight in with the blistering ‘Count Your Blessings’, Leeds three-piece Nervous Twitch deliver a collection of roughly-cut pop diamonds on their excellent fourth album. Definitely a formidable live band; their recordings distil the essence of the energy from a stage performance.

I especially like the casual indifference of ‘Tongue Tied’, ‘….I’ve always got so much to say but I can’t always use it….’, tempered by the classic punk chorus. ‘A Bag For Life’ builds a chanting song around single line bass and guitar (reminding me of the spiky dance sounds of Shopping), then ‘Not Everyone’s Out To Get Me’ is a fuzzy and effervescent anthem.

A tasty synth riff joins the party for previously released ‘Keeping Faith In Something’, featuring one of Erin’s best vocals and ‘Alright Lads’ is a compact and sharply structured Ramones homage, readily acknowledged by the trio as a great influence. The calculated lyrical dismissal of ‘Boredom and Dissatisfaction’ hangs around a reassuring set of chord changes as does the darker anti-vocal of ‘The Way That I Feel’.

‘Fickle You’ ends the LP with a garage tune that is the constant in an ever changing musical battleground, demonstrating perfectly how after four albums Erin, Jay and Ashley have honed their addictive sound to cut this fine set of twelve tracks.

I last saw Leeds trio Nervous Twitch at the Cambridge Indie Pop Alldayer in 2018, they were definitely one of the big highlights of the day, performing many of their ‘…..short songs played quickly….’ Now they are soon to release their fourth album, the first since ‘I Won’t Hide’ in 2017.

The A-side of this new single is ‘Keeping Faith In Something’, built around a retro bass keyboard riff, sparsely jangling surfy guitar and powerhouse drums. Erin’s vocals are simultaneously deadpan and sort of joyous with dark advice hiding in the lyrics, ‘…..following your heart doesn’t get you anywhere…..outta food, outta work, outta life, outta choice…..of how to live as another number…..’, finally deciding that ‘….playing it safe doesn’t get you any further….’. It is three minutes of powerpop that makes you dance and think.

The B-side is a change of pace, slowing down to let the uncluttered guitars carry the rhythm along with some unpredictable chord changes. Meanwhile the echoing vocal meditates on boredom and hope ‘….and I feel I need another heartbreak…. just for the spark of inspiration…..’ and then perhaps sums up some of the negatives of 2020 so far with the title line ‘…and all we need is something to look forward to…..’ 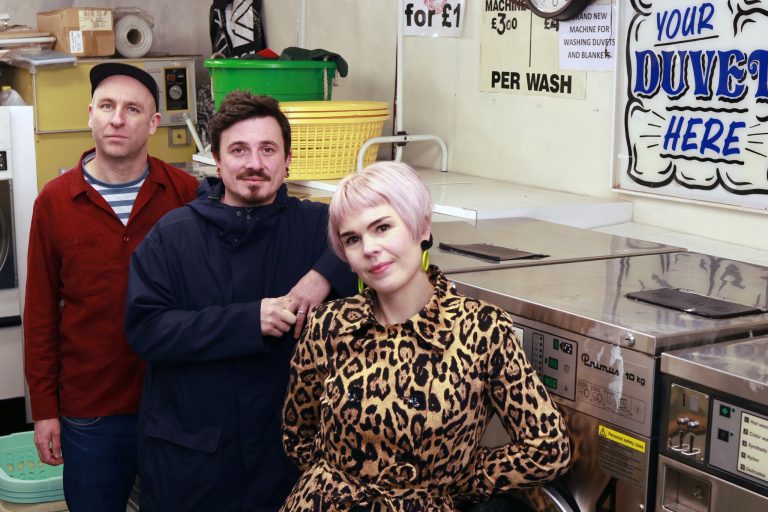