Curated by composer/performer/producer Hydra Lerna and following a similar evening at The Birdcage in Norwich the night before, this was a showcase for upcoming artists with a spirit of independence in their music and electropop sounds underneath distinctive voices.

It was a Cambridge debut for multi-talented Caii, having travelled down from Manchester. New single ‘Fuel’ was a fine summation of her sound; with big bold beats and haunting synthesiser layers integral to a soaring vocal. It is a dark lyric but the performance lifts it into the positive. With live synth drums to add drama, a new composition performed at the piano and a moving cover of Chris Isaak’s ‘Wicked Game’ this was a strong start to the evening and her likeable personality really shone through.

Currently working on their debut album, Amethysts were last in Cambridge at Strawberry Fair earlier this year, their sonic landscapes floating across the midsummer sunset. The formula works too in the intimate confines of the Blue Moon, as the duo invite you to lose yourself in their unique and haunting tunes. Signature track ‘My Love’ sounded as good as ever and this million-streamed track was one of a succession of high quality single releases that were featured in their set tonight. Echoing guitar weaved between the keyboards as the vocals and harmonies added the magic.

Hydra Lerna opened with her last single ‘In The Dark’; a statement of musical and lyrical intent with a complex instrumentation never losing sight of the stately rhythm, especially when the full bank of synthesisers arrive in the mix. Her songs are from the heart, with personal themes that sometimes transcend conventional pop territory but always with an ear to a good pulsing groove. She is a talented harp player and it can often take to the stage as a ‘second band member’ but tonight it featured only in samples and unique tones in many of the songs, especially the darkness of ‘Angel V. Psycho’. Early track ‘Clean Like You’ gave her vocal a full range, with 80s analogue synth tones that also appeared in one of my favourites – the sparse but effective ‘Distraction’.

The thoughtful and haunting ‘Reckless’ closed the show, a superb end to an excellent evening which showed the musical talent that is out there waiting to be fully recognised. 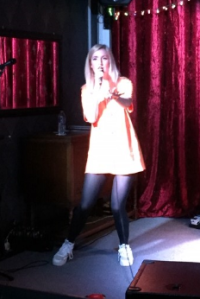 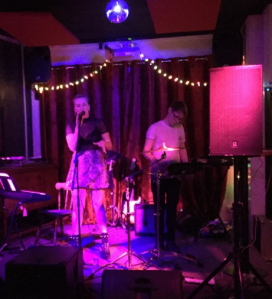