Elma showcased their new line-up in the attractive setting of a riverside art gallery in the small cathedral city of Ely, well worth the short journey from Cambridge.
It had been a much longer trip from Ireland for singer/songwriter Darragh Cullen; he immediately made a connection with the audience as he performed a short collection of originals accompanied by his acoustic guitar and smooth background vocals from Sinead McConville.

‘Rising Tide’ set the tone for evocative, rhythmic-driven songs, given a personal touch with the description of life for twenty-somethings in Dublin’s ‘Bridge Street’. Darragh moved to piano for new song ‘Leave With Love’ then finished his fine set with a bit of audience singing for gospelly new single ‘Alright’.

It was the first Elma show for multi-instrumentalist and singer Rhiannon Penney, making a big impact in the first song ‘On Track’. In a new direction for the band, Rhiannon unleashed her inner Bonnie Raitt for a belting slice of double guitar blues rock. Having the extra instrumental options means more flexibility in their live set; with Rhiannon at the piano for ‘The Game’, a sinister waltz that could easily be a classic sixties TV theme.

When not playing his great-sounding semi-acoustic guitar Mark Ellis is a relaxed and witty frontman and he described the background to some of his newer compositions, including the elegiac ode to change ‘For Yesterday’ relating to the closure of music venues, as well as the romantic London skyline that inspired ‘City Lights’. This is a delicate but show-stopping ballad, beautifully sung by the duo with the subtlest of guitar backing.

Some of the more uptempo tracks from debut LP ‘Dreamland’ were re-imagined including a slower version of ‘Slo-Mo’ (the song that started off the band) and ‘California’ the stomping anthem I last saw performed with a full brass section at the Portland Arms album launch.

The new arrangements show the depth of the songwriting, with the two musicians able to complement each other and embellish the structures of each piece.

‘Help Me Make It Through The Night’ was a memorable song to cover for an encore (at the soulful pace of the Gladys Knight hit version) then this excellent show closed with their bittersweet Spector spectacular ‘September’.

California has always held a semi-mythic status as a destination in pop music, with fine songs from The Mamas And The Papas, Beach Boys, Wedding Present, Gomez and many others.

Now Ely duo Elma have added to the list with an uplifting prelude to their soon to be released album. Although many of their songs and their live shows are just guitar and vocals, here they have gone for a full-band instrumentation with horns, multi-tracking and some sparkling drumming. Starting with some sinister backwards guitar, the main brass-driven riff soon establishes itself as a platform for another strong vocal performance from Ellie Gillett.

Repeated listens reveal more and more neat touches in the excellent production, no doubt with many of the instruments played by Mark Ellis. A spoken middle-eight has that strange guitar sound effect again but then we finish suddenly, the narrator never gets there, maybe never leaves their home town and will unfortunately not find that ‘….our sugar coated dreams will come true….’

Check out the accompanying video too, with faded retro beach and fairground images… 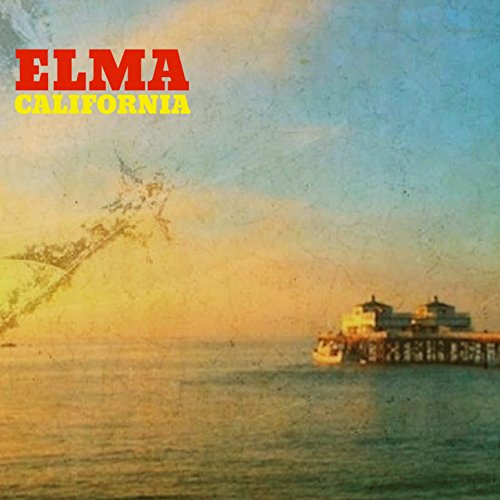 There is plenty of musical talent in the area not directly in the city of Cambridge; St. Ives, Haverhill and from Ely come Elma , named after singer Ellie Gillett and multi-instrumentalist and songwriter Mark Ellis. Tapping into a sixties revivalist sound, this duo comfortably inhabit several styles and contrast with the many current performers who pursue pure psychedelia from that era. For a concert advert they say ‘see us!! We’ll make you laugh, then cry, then we’ll put you back together again’ which seems a fair assessment based on these four fine songs.

1. Slo-Mo. Co-written with highly regarded songwriter Boo Hewerdine, this end-of relationship waltz builds well with repeated listens.The mostly acoustic instrumentation ebbs and flows and somehow the direct lyric really nails the emotional idea, (‘…I read your letter, the black and the white and suddenly everything’s grey…’). Check out the video, filmed at the Cambridge Union café/bar, all good fun.

2. Butterfingers. Another collaboration with Boo, this is my favourite track on the EP. With hints of Dylan’s Make You Feel My Love and Eric Carmen’s All By Myself it is a plaintive piano ballad with a stunning vocal performance from Ellie; heartfelt, vulnerable yet still powerful. I love it.

3. September. I usually quite like this month but may have to reconsider after the traumatic lovelorn reminiscences described here, set to a full-on Phil Spectorish backing with handclaps, multi-tracked vocals and a proper middle eight section.

4. Settle Down. A quiet end to the EP, both of the duo get to sing here, gentle verses and a catchy hookline underpinned by acoustic guitar.

The band are regularly gigging around the area, on the evidence of this EP I look forward to a full LP too….