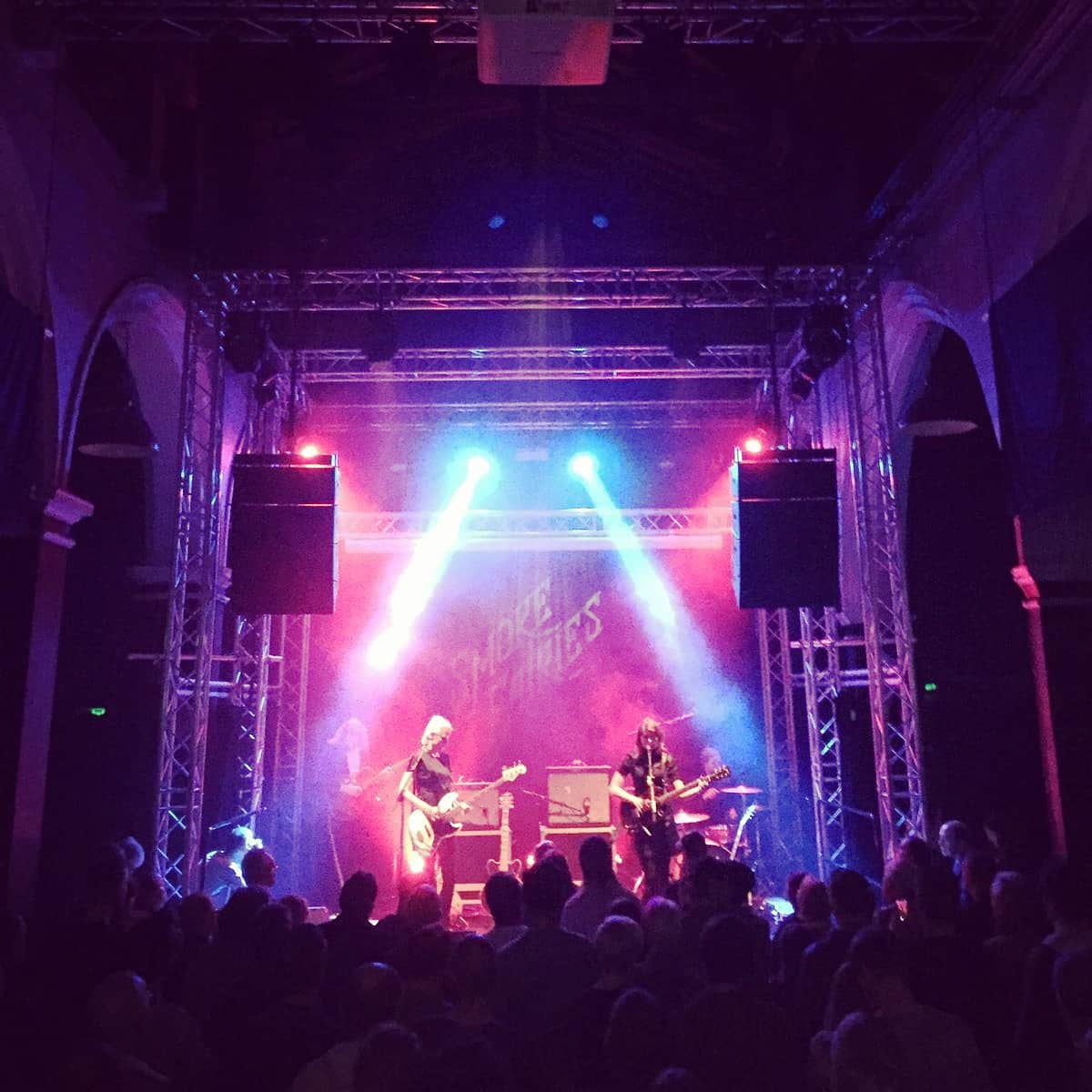 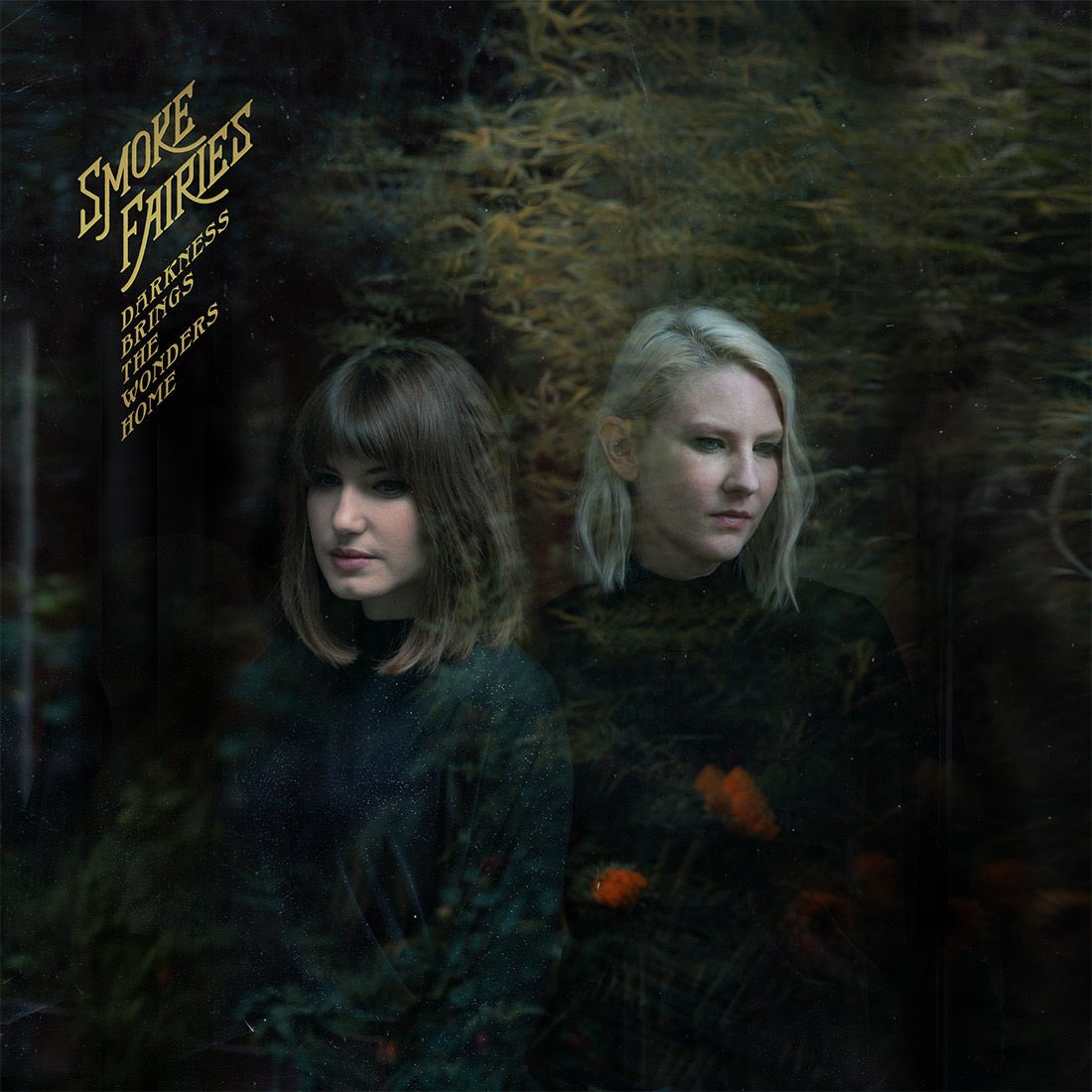 Three upcoming acts from the Momentum funding programme in the converted church that is Norwich Arts Centre. First on was Love Ssega, originally part of Clean Bandit, he now records polyrhythmic funk and soulful commentaries on modern life. Tonight his full band were stripped back to a subtle single electric guitar, this was an empathetic accompaniment to his strong voice and winning personality.

Hannah Peel is an amazingly talented solo performer, dressed in a white flowing outfit, surrounded by keyboards and conjuring extra sounds and effects from violin, a music box and her voice she takes herself and the audience to another plane. ‘All That Matters’ is a show-stopper, even better than the recorded version.
Back projections of her parents’ wedding video from 1978 seem timeless as the gorgeous and melodic ballad ‘Tenderly’ builds to a crescendo. I’m not sure quite what ‘Cars In The Garden’ is all about but it is a fine and memorable song. She ended the set with the epic ‘Foreverest’, an electronic spectacular; more evidence that Hannah is a creative force to be reckoned with.

Musical free spirit Mary Epworth has just released her second album, ‘Elytral’ (..relating to the wing cases of a beetle…) and tonight with a four piece band she enhanced the recorded versions of many of the tracks, with industrial bold beats, plenty of percussion, free-flowing saxophone and deep, deep bass synthesiser; it is a heady mix.
At times sounding like a modern version of ‘Being Boiled’ by the Human League but with Mary’s voice floating and yearning over the music she has created a sound all her own. This is most evident on ‘Me Swimming’, an extended, echoing piece with haunting hookline. ‘Last Night’ has a more ambient experimental start then a cacophony of synth crashes in like distorted sirens.

…..and the music disappeared upwards into the high rafters of this superb venue….

Norwich is full of historic churches; this church of St Swithin was converted into an Arts Centre in 1980 and won the NME award for best small venue in Britain in 2014.

This was a suitably atmospheric venue for US singer/songwriter Ryley Walker, leading his band on acoustic and 12-string guitar, with drums, double bass, electric piano and electric guitar. This enabled them to reproduce the textures of the stunning recent album but the arrangements went way beyond copying the recorded versions. Opening with ‘On The Banks Of The Old Kishwaukee’ it was several minutes before we arrived at the river and Ryley’s mellow vocals. The audience and most of the band seemed rapt as the waves of sound rolled around the old church. Similar delights followed, including the album title track ‘Primrose Green’.

Ryley has an elegant finger picking style, showcased in a solo set part way through which included a cover of Tim Hardin’s ‘If I Were A Carpenter’ and a great version of ‘Cocaine Blues’. He conjures up a similar intimacy and connection as the late John Martyn on these solo tracks and shows the timeless nature of the music.

An evening of excellent songs and performance at a great venue.

(A mention of the support act, intense singer/songwriter/guitarist Danny Whitehouse. I didn’t see his full set but I was impressed that instead of conventional merchandise he was giving away old library books containing hand-written messages…)