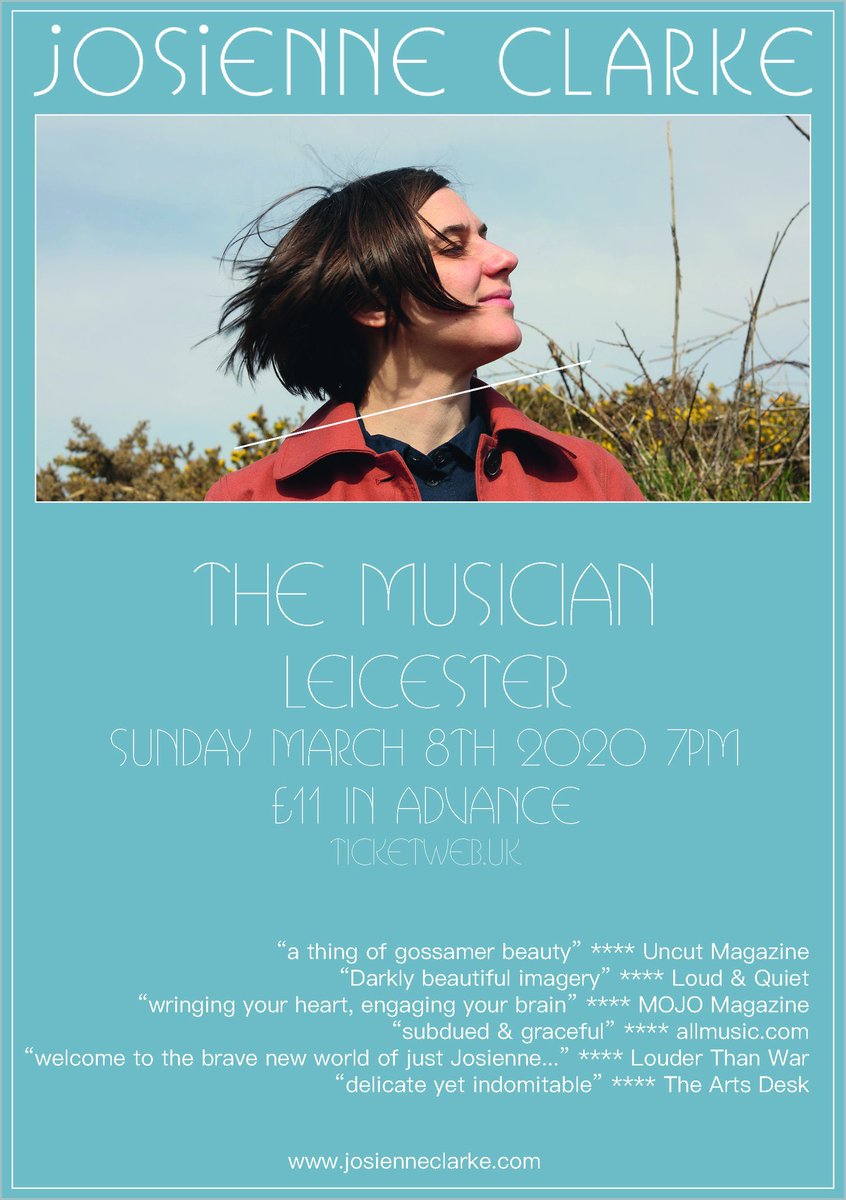 A shorter version of the much-loved Indie day at Leicester city centre venue The Firebug, with a quintet of fine acts in an ideal venue.
First on were Boarder, a power trio establishing themselves locally. With guitar fuzz and echo driving the sound, super-deep bass and merciless drumming they were a gale-force of stimulating noise. Their recorded work is at an early stage but especially the slower ‘End Of The Day’ and their first single ‘Black Hole’ sounded full of potential.

Low-fi duo Panic Pocket performed sharp and ironic personal tales, bringing the audience into their world. The subtle guitar and mini analogue keyboard interweaved with the dual vocals and concise evocative words like ‘…you left me all alone in the dark……I walked home, via Morrison’s car park…’, from ‘Don’t Get Me Started’. They celebrate mundane ephemera, modern disappointments and on the lead track from their forthcoming EP ‘The Boss’, the pointless stresses of the workplace. Excellent.

I first encountered Derby quartet Pet Crow when they released their debut album https://cambridgemusicreviews.net/2017/06/14/pet-crow-a-simple-guide-to-small-and-medium-pond-life-lp-released-march-2017/ and finally I get to see them on stage. Their live sound is a perfect balance of aggression and restraint; the luminous, compelling vocals sound like they are from a alternative universe sometimes aligning with ours as the three musicians hammer their instruments at a hyperactive work rate, as well as painting light and shade. I really enjoyed this brilliant set, especially the strangeness of ‘Harold And Maude’.

Wolf Girl played a fine set drawn mostly from their second album, along with oldie ‘Middlesexy’. ‘Moody’ is a strong opener, showing how the band use their twin guitarists and vocal layers to create a full power-pop sound. ‘Dream Partner’ is a retro treat, ‘This One Summer’ is a holiday hit while the bass driven ‘Maths In The Real World’ gives way to a killer chorus. ‘Samson’ is sparse, sharp and hypnotic with a catchy chorus (‘…Samson, don’t you look handsome…’) that all makes a sort of sense.

Headliners Personal Best are soon to release a new album and several tracks from that were featured tonight, along with ‘Love Is On Your Side’ and ‘This Time Next Year’ from debut LP ‘Arnos Vale’ and 2014 song ‘The Tide’. They are a band with a great strength and depth in song writing who lift their live sound into a punching, sparkling platform for tales of relationship angsts and optimism. Finally the stately descending guitar introduction heralded their anthem of diversity and tolerance ‘This Is What We Look Like’, which grows in stature with every listen, and was the best possible ending to the show. 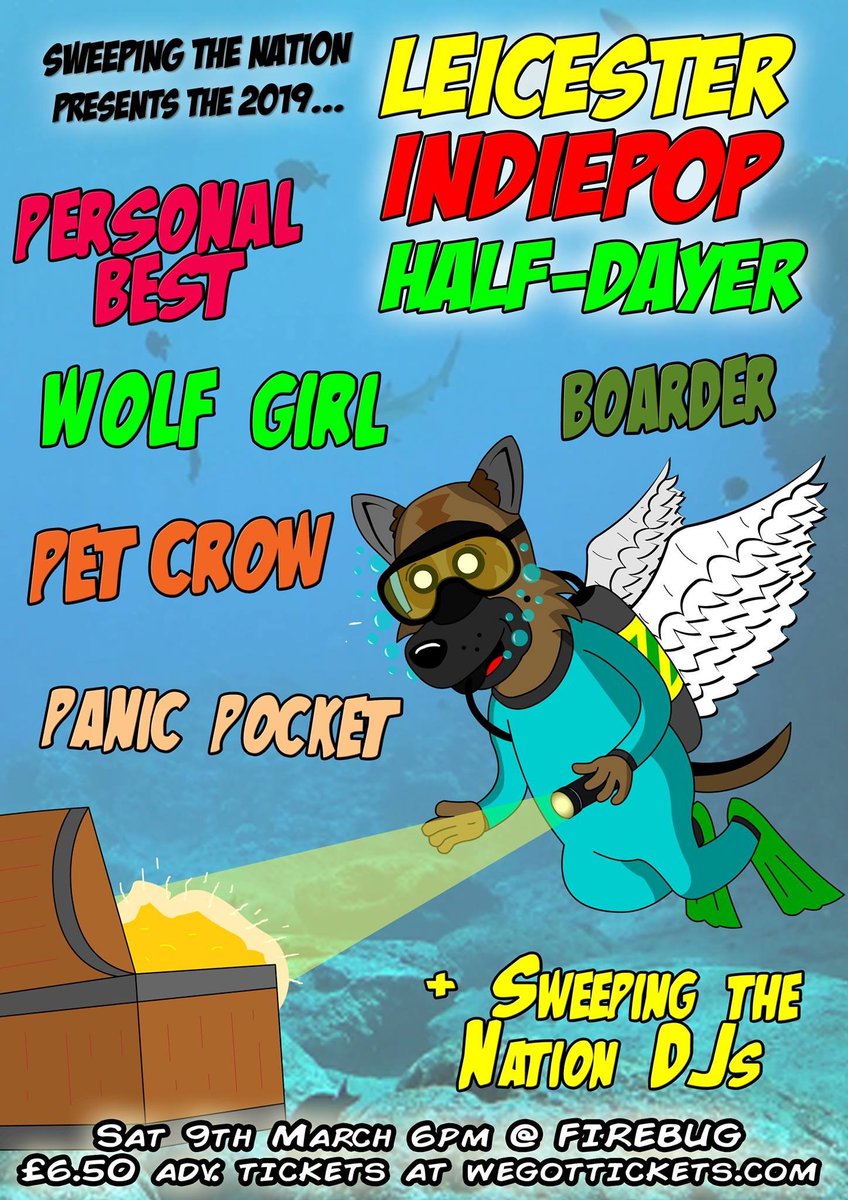 Another strong line-up in the upstairs room at The Firebug, kicking off with local duo Jitterz, who have claimed to be ‘the uncoolest band you’ll ever meet’ and the drums/guitar/vocal set-up is an ideal opener with some raw and smart own compositions. Like the White Stripes but more fun.

Charmpit carry an American attitude into some very British preoccupations and their infectious noise is accompanied by props, glitter and general likeability, including inviting everyone to the all-you-can-eat buffet afterwards. Personal Best were replaced at the last minute by multi-talented Emma Kupa, frequently reviewed in various guises on this site, this afternoon she was playing acoustic guitar and singing her heartfelt, emotional vignettes.

MJ Hibbert And The Validators play wistful, amusing songs showing that getting older doesn’t adversely affect your views on life, love and alternative music (‘…my boss was in an indie band once, he never sold his bass..‘). Nice bit of violin playing too.

After a short break to re-charge, Fightmilk opened the second half with the explosive ‘Bank Of Mum And Dad’, full of neat lyrics (‘…everything I own is in a box in the shed…’) they make a great sound, with a relaxed on-stage chemistry. They really are enjoying being on stage and the feeling spreads into the audience. The sinister, brooding ‘Your Girlfriend’ shows that the band are not just all-out rockers. A definite highlight of the day, can’t wait to see them again!

As soon as Suggested Friends kick into ‘Chicken’, you know you are in safe hands; with Emma Kupa back on stage on bass, pounding drums and tight guitar work, all held together by Faith Taylor’s extra-special vocals. It is a ‘Song 2’ for the indie DIY scene. ‘I Don’t Want To Be A Horcrux For Your Soul’ motors along pushing all before it and the high point for me is the superbly concise and scary ‘Please Don’t Look At Me On The Bus’ with a hookline you can’t get out of your head.

I had been looking forward to seeing Milky Wimpshake (returning to Leicester for the first time in at least twenty years!) and I wasn’t disappointed. Frontman Pete Dale has a substantial back catalogue to delve into and the bands sparse but sharp playing gives room for his tales of the politics of the nation and relationships or just the mundanity of everyday life, with some tracks going back to his recently re-released debut album ‘Bus Route To Your Heart’.

We had to leave soon after former Broken Family Band frontman Steven Adams And The French Drops started their bill-topping set, but they seemed to be hitting the heights early on with many fans in the audience.

It was a great musical mini-festival (and still only £8!!?)

The upstairs rooms at the Firebug bar in Leicester were an ideal venue for an excellent line-up on a rainy Saturday. The 10p Mixes are a fun low-fi confection of observation and reminiscence, the strong voice of Danielle and guitar acrobatics of Will welcome you readily into their beguiling world.

Rainbow Reservoir from Oxford have a loud, rocky edge to their sound but leave plenty of room for some lyrical idiosyncrasies such as their final song ‘Brenda’, about the Queen(!). It was half an hour of top-quality power pop.

I am an admirer (see review) of Wolf Girl’s album ‘We Tried’ and it was good to hear some of it live at last, as well as many new tracks. Wolf Girl have a great rapport with the audience and their infectious summery sound such as on ‘Deep Sea Diver’ belies their ability to unravel the complications of everyday events and oddities in their words.

Peaness are a poptastic trio from Chester, and we were very pleased they had made the journey down! The catchy songs with their multiple hooks and harmonies were played with warmth and razor-sharp style. ‘Oh George’ (…you broke my heart…) was a standout song, with some neat drumming and great chorus but actually the whole set was unmissable.

After a break we were treated to a set from indiepop local heroes Po!, recognised by John Peel with a session in 1994 and embarking on a comeback. Singer/songwriter Ruth Miller has an enviable back catalogue to draw on, vignettes of small events from a unique perspective such as ‘I Took My Head On A Date’, ‘Bus Shelter’ and the jauntier gem ‘Sunday Never Comes Around’. The miniscule ticket price of £8 had been superb value so far, and still three acts to come…

This was the third time I had seen Chorusgirl and they don’t disappoint. The strong songs benefitted from a fairly beefy sound mix, especially on the incisive bass. Singer/songwriter/guitarist Silvi was on top form, leading the band to new heights musically, especially on ‘Shivers’ when some frantic pogoing threatened to deliver the audience into the bar below… They are about to record a second album, with some promising tracks previewed in this striking performance.

Cowtown avoid many musical clichés with frenetic drumming and guitar, synthesiser bass and an incredibly full sound, showcasing short songs and you never know where they are going next. Their nearly-controlled anarchy is fully evident on new album ‘Paranormal Romance’ and they featured many of its tracks (I think?!) including 36 seconds of ‘Captain Planet'(did they play this twice?) and the crazy logic of ‘Motivational Speaker’. Rewarding and exhausting and strangely addictive!

The final act was Indie royalty Pete Astor, a calming and commanding presence with a subtle backing band to make the most of his carefully considered lyrics and unhurried tunes. He is a class act indeed, his career spanning many years and revitalised by the 2016 album ‘Spilt Milk’.

It was the perfect end to a great mini-festival with excellent music, sound quality, company, venue, beer, organisation…I look forward to next year already!