Recorded at The Smokehouse, Ipswich’s venue for the discerning listener and pursuer of truth and authenticity in music, here is a new live album from Cambridge-based Psychic Lemon.
This consists of three tracks from their second album ‘Frequency Rhythm Distortion Delay’ (see review below) and two new tunes. The band have dispensed with vocals on this live performance, distilling their psychedelic onslaught into its purest form.
This is clear from the opening ‘Interstellar Fuzz Star’; as the guitar effects go crazy in the first minute like an ending to the track instead of the beginning, but fear not! the drums and bass lay down their groove and propel the sound along at a mighty pace for all of its ten minutes.

Straight into ‘Satori Disko’, a more mellow-ish, languid offering with a looping guitar figure and some extravagant cymbal smashes as the bass spans the octaves. There is a conventional guitar solo too to tempt the palate. Favourite track of mine ‘Hey Droog’ is driven by a pounding drum pattern with some dark choral sounds adding an atmosphere of doom. Like all of their live performances, the music seems to take on a life of its own, the band merely servants of the greater cause.

New track ‘Jonny Marvel at the Milky Way’ is a pastoral interlude, like an instrumental from mid-period Pink Floyd the keyboard provides the texture for grand guitar experimentation over an unhurried rhythm backing. As the atmospheric colours fade away, the finale bursts in; ‘White Light’ is a frenetic work-out – a high energy end to an immersive and impressive performance with the music firmly embedded in the walls of this excellent venue. 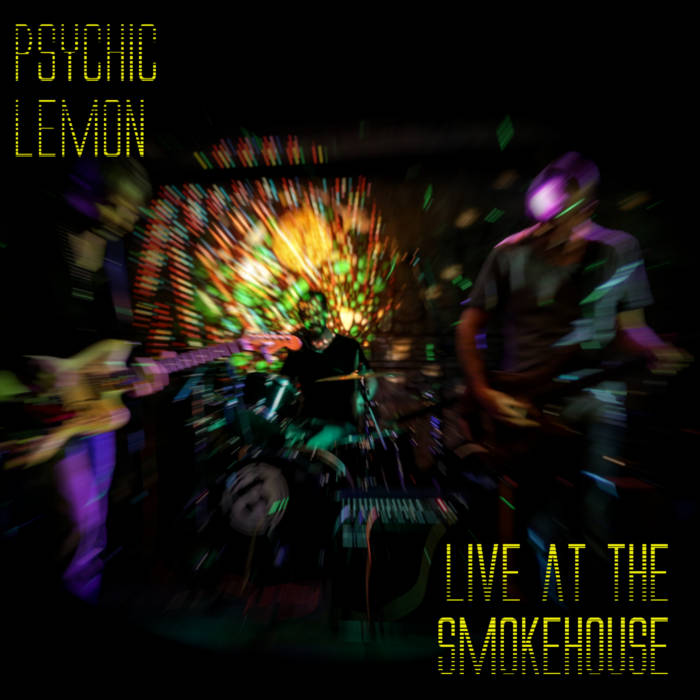 This was the sold-out launch of second EP ‘Blindside’ from singer/songwriter Caswell, and was also a showcase for two other very talented performers in an excellent venue.

There was already a substantial audience when Alfie Indra started his set with ‘Hard To Cope’. His recorded songs and live performances are normally with a full band but tonight we had the low-key backing of 4-string tenor guitar or electric piano allowing the lyrics to shine through. His vocal style was well suited to this intimate performance space. New single ‘Monster Under The Bed’ and ‘Cool People’ (with crowd joining in) were particularly impressive.

Hydra Lerna is a multi-talented songwriter/singer/producer; creating her original music from electronic loop patterns driven by keyboard and an instrument not often seen in this setting, the harp.
Current single ‘Reckless’ was the stylish opening track; with distant, longing synth tones and a waterfall of strings establishing the structure ready for Hydra’s rich, compelling vocals. The song builds up into a many-layered soundscape with glorious recurring chorus before fading back to just the harp.
In ‘Angel V. Psycho’ the harp sound is processed into a tortured electric guitar tone weaving through a personal lyric set to an easy, relaxed rhythm then the heartfelt words of ‘Distraction’ were explained to the audience before the sparse electronica made the point elegantly.
A solo harp version of Dua Lipa’s ‘Electricity’ fitted in smoothly before the uptempo finale ‘Hydra’ brought this stunning set to a close.
(Hydra Lerna is playing her debut Cambridge show at the Blue Moon on September 27th, see you there!)

With nearly half a million streams on Spotify, ‘Animal’ was a strong set opener, its soulful groove immediately showcased Caswell’s expressive vocals. ‘Surface’, my favourite song from the new EP featured early on with its anticipation-building introduction resolving into a hypnotic anthem. This was one of the many songs that highlighted the dynamic range of her three-piece band; going from subtle keyboards and busy percussion to bold brushstrokes of electronics and thunderous bass during the show.
We were treated to a mighty re-imagining of Portishead’s ‘Glory Box’ with its familiar descending chord sequence underpinning vocal fireworks, contrasting with the restrained emotions of ‘Cry’, a gorgeous ballad from Caswell’s well-received first EP ‘The Shadow Aspect’. From that same release it was ‘Dance Sober’ that really set the room alight – it is the sort of song that you think must have been a huge hit already and this extended version pushed all before it, Caswell’s voice scaling the heights, the band letting loose and a guest rapper included too!
After the adrenaline filled set, the calm encore of ‘Brother’ was a calming, thoughtful end to the show, sending a very fortunate audience off into the night.