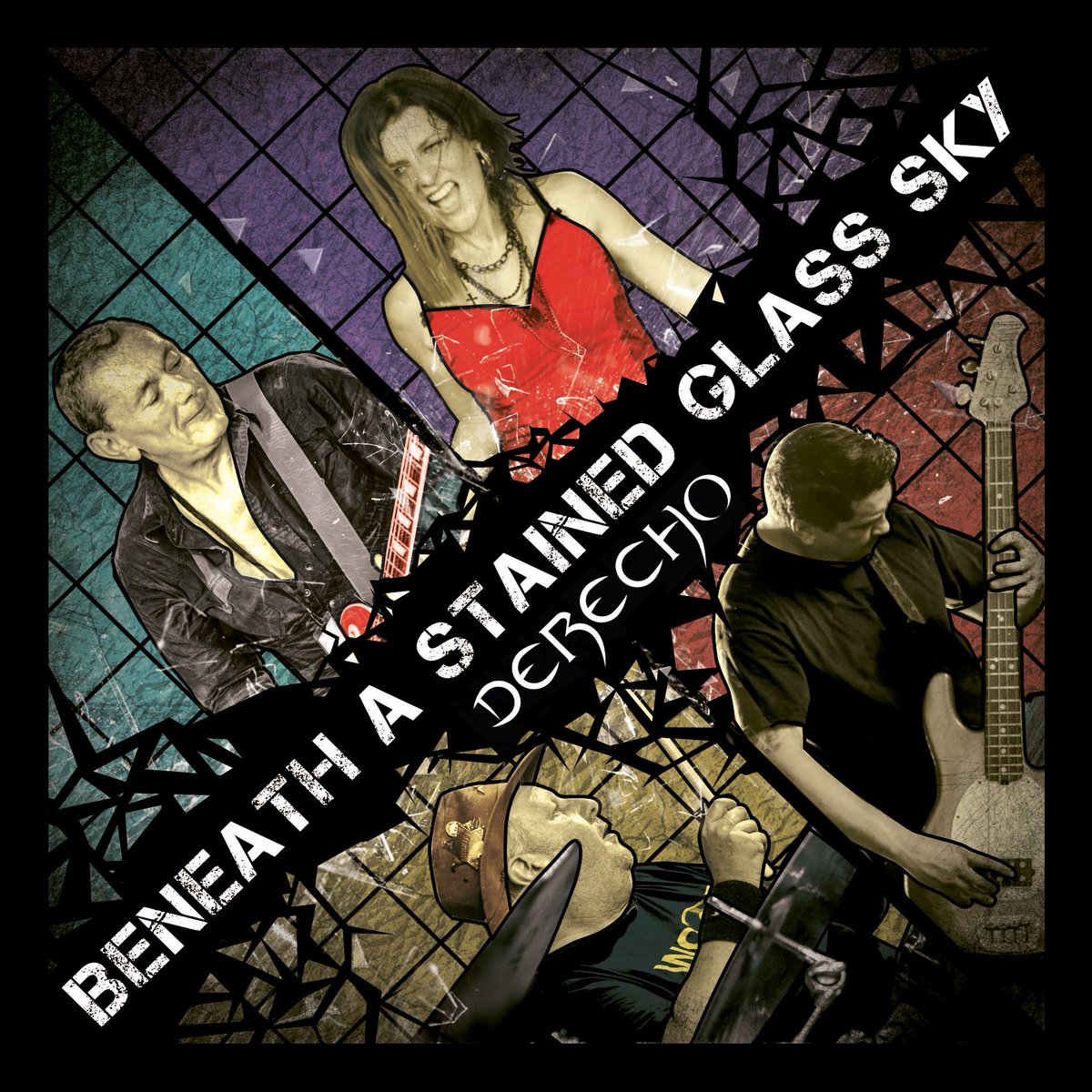 Cambridge rockers Bouquet Of Dead Crows are soon to release their long-awaited follow-up to debut long player ‘Into The Night’. In the meantime we have a new single, surprisingly not to be included on the new album (of course this strategy did not harm the prospects of many Beatles singles, most notably Strawberry Fields/Penny Lane missing out on Sgt Pepper….).
And hopefully this assured blast of raw power is representative of the LP…

The title stems from a misheard comment about an adverse clustering of balls on a pool table, as described in the ‘Star Wars’ style rolling prologue at the beginning of the accompanying video. Starting with a speeding up metronome, drums launch in and then guitarist Neil Bruce creates a riff density of thunderous proportions, sustained through most of the song and forming part of a spectacular instrumental middle eight with the rhythm section.

The fireworks of drumming are superb on this track and the sharp no-nonsense bass cuts through (including a short solo), highlighting the excellent production values of the band. Above it all soars Antoinette’s voice, effortlessly propelling the ‘…tick tick tock and the moment is lost…’ hookline onto a higher plane.

When I saw them recently at Cambridge’s premier noise venue The Cornerhouse, it was a definite highlight of their current live set….

The historic town of St. Ives is sometimes in the musical shadow of its close neighbour Cambridge but there is much talent and creativity to be found there. Rockers Hollowstar and multi-faceted soloist Gavin Chappell-Bates spring to mind; now relative newcomers False Hearts stamp their mark with this superb hard-hitting single. This four piece band features twin guitars, bass and drums and recently scored the rare accolade of being the unshakeable favourites for 20 weeks on the New Music Generator unsigned chart, seeing off any Cambridge opposition effortlessly with their last release ‘Dream On’.

An exuberant local DJ described this track with the evocative lines ‘It’s an absolute screamer….it blew my ears off’. I see where he is coming from, the production and mix on this song is spectacular, it even sounds loud if you play it quiet.
The guitar and percussion introduction quickly gives way to full-on noise wall then vocalist Emma Hodgson delivers a powerful vocal with the twisted hook line ‘I despise you….but I love you’, a reflection of the ambiguity of the lyric overall. With no time for flamboyant solos it is belting guitars and pulsing beat all through; pure thunder and lightning for 2 minutes 50 seconds…